SureView has developed an automated inspection system for Semi-conductor wafers (chips) based on Machine Vision.

Based on our competency in test & measurement of over 4 decades, we have developed this equipment in India for manufacturers of semi-conductors. This system consists of a high resolution frame-grabber, synchronized illumination, machine vision algorithm and other allied accessories.

This equipment is made to:

Based on the pass/fail criteria, the equipment makes the automated inspection using computer vision and separates the good chips from defective ones. The algorithm takes less than a second to perform the inspection. Thus, the user is able to get an instant result, instead of manually performing the inspection.

The user readily gets the length & location of the scratch, percentage coverage area compared to the whole wafer representation on a wafer map, dimensions of the chip and information of mechanical breakage/damage of the semi-conductor wafer. The algorithm is trained to reject fingerprint stain on wafers, if any. 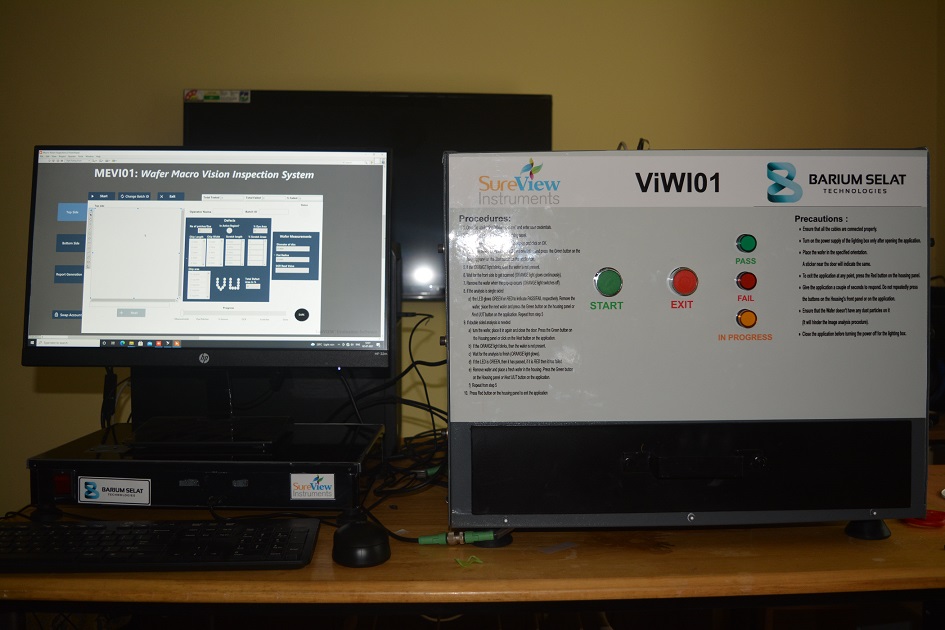 The sequence of operation is this:

The wafers inspected for this project were 6 inch circular silicon wafer. This system will be further integrated with automatic motion control in the upcoming release.

Some pictures of wafers are here - 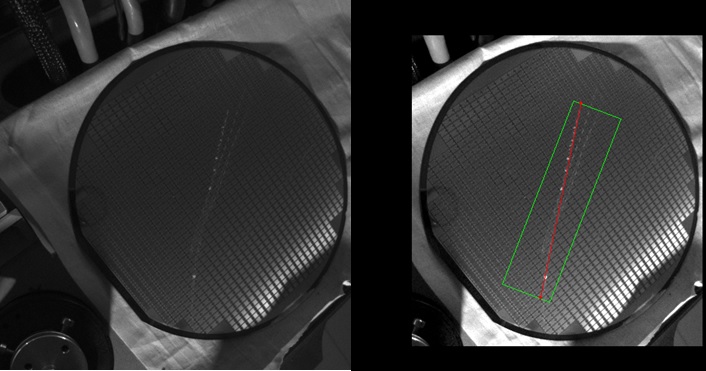 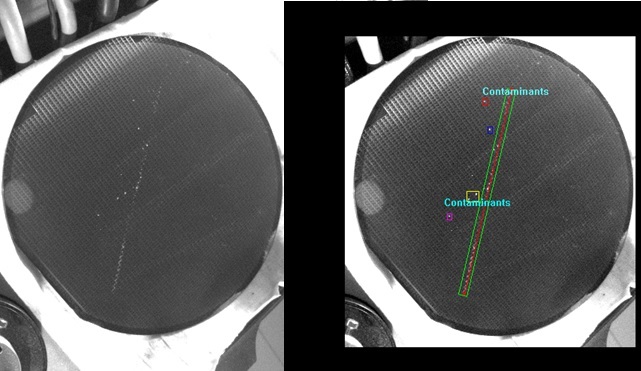 Housing Design - The housing consists of the following components:

Since the inspection of the wafers demands two types of lighting namely: Bright Field Lighting and Dark Field Lighting, there shall be two sets of light, each set consisting of 4 ring lights to be accommodated for emulating the Bright and Dark field. The Ring Lights are preferred to be of controllable gain and contrast such that the same light sources can be adjusted for different wafer surfaces.

Look and feel of the first version is here. We are offering automatic loading, flipping & unloading from cassette containing wafers in the upcoming version.

These images are for giving you an idea of the completed Phase 1.

Dies/Patches and Finger-prints: Detect dyes, patches and fingerprints and determine its location in active or passive region. Determine the individual dies and the total area encompassed.

U/V groove detection: Detect the presence of grooves and classify between U and V based on the magnitude of the mechanical cut. Get the width and length of the grooves.

Detect surface scratches: Detect scratches and measure the length and area of the scratches

Automated OCR: Use our surface lighting solution for detecting and reading the Semiconductor Wafer ID based on Optical character recognition

Wafer Measurements: Determine the diameter of the wafer and Flat edge radius

Please contact us using the form below or email from your company email ID for detailed explanation of the Algorithm for Inspection, video demonstration, presentation and quotation of the equipment.